Fintech’s biggest hires and departures of 2022

By Amelia Isaacs on Tuesday 3 January 2023

Here’s a round up of some of this year’s biggest entries and exits. 2022 was marred by mass fintech layoffs in the second half of the year.

Huge companies including Stripe, Plaid, Pleo and Klarna (twice) all made job cuts this year, and there were mass layoffs at Meta and Twitter in the tech space as well.

There were also a number of big exits – some onto exciting new ventures and others, well, still to be determined.

In the first half though we saw a host of top players make the leap from the traditional finance space into crypto and digital banking – including HSBC’s former group chief risk officer – and a number of big appointments from within the industry as well.

Here are some of the industry’s biggest hires and exits of 2022:

Not officially a fintech appointment, Elon Musk gets an honourary mention on this list with his Twitter takeover earlier this year. He has hardly had a smooth ride as CEO, and a Twitter poll asking if he should quit conclusively decided that he should (by 57.7 per cent with more than 17 million votes). So Musk could swiftly be moving to the departures side of this article, but for now, he remains head of Twitter – until he can “find someone foolish enough to take the job”. Whether it’s seeing Atom Bank leave the platform or the confusing idea of making Twitter a bank, Musk has already had quite an impact on the fintech space whether he meant to or not. 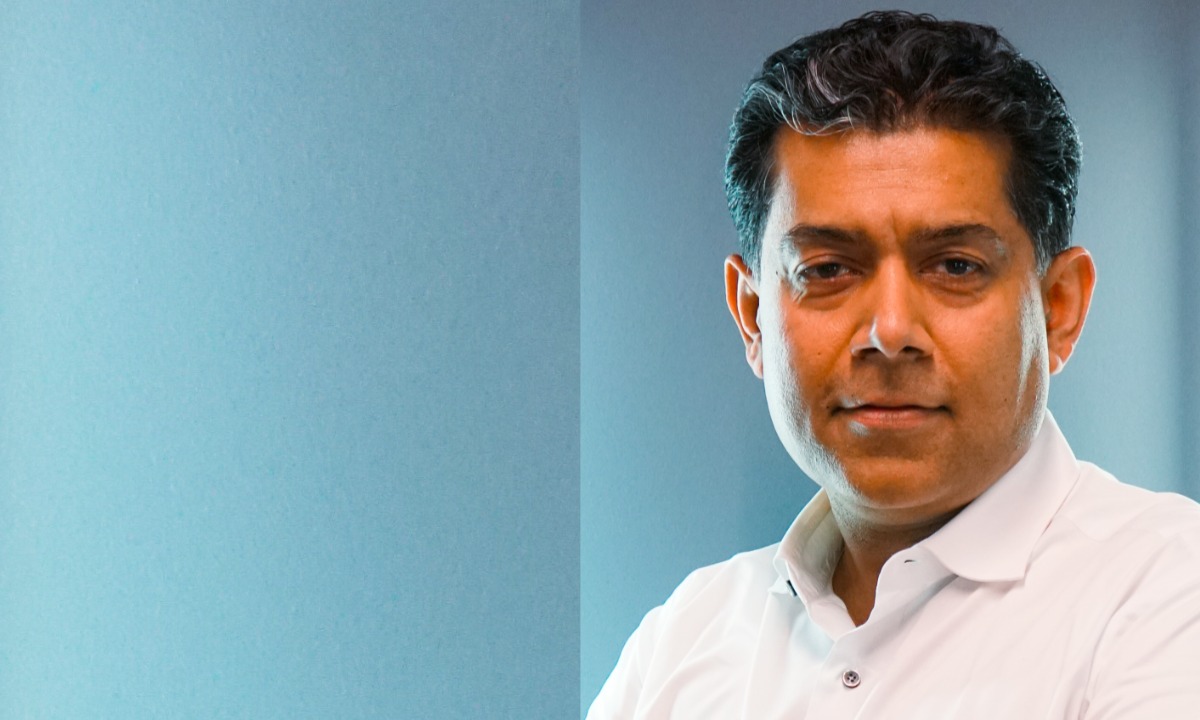 Revolut suffered the loss of a few major names from its exec level this year – keep reading for more on that – but also saw a few big promotions as well. Sid Jajoodia, the fintech’s chief banking officer, took on the new role of US CEO in June, leading the rollout of the company’s international banking opportunities. Jajodia was third in a series of top-level hires for the US team, following Yuval Rechter as general manager and Danil Ovechkin as head of growth.

In January, a seed-stage embedded finance fintech appointed an ex-HSBC as its new strategic adviser. Marc Moses, formerly the high street bank’s group chief risk officer, joined Orenda, as exclusively revealed by AltFi, and also invested in its seed round. Moses marked a trend of big names making the move from the incumbent banking sector to the alternative finance space. 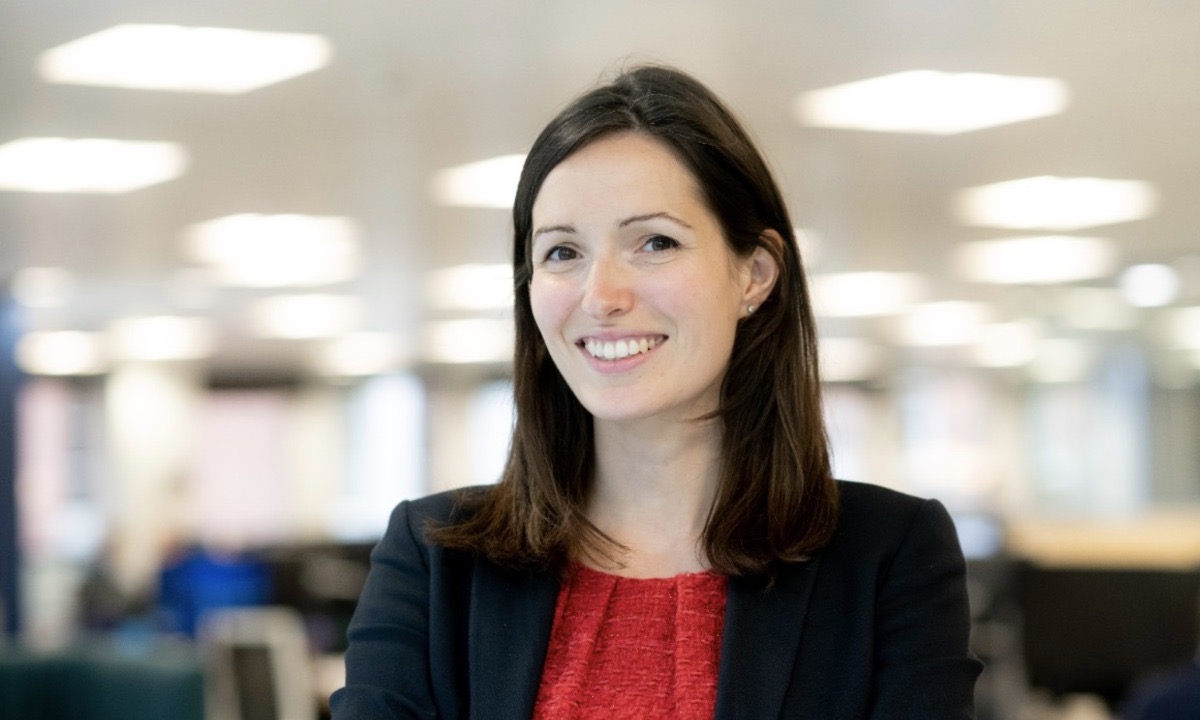 Funding Circle kicked off the year on January 1 with a changing of the guard. Managing director Lisa Jacobs stepped up into the role of CEO, taking over the reins from the company’s co-founder Samir Desai, who had held the role for 12 years. Desai transitioned into a non-executive director role, and Jacobs has had quite the year. Not only did she take over from a CEO-founder, but during a pandemic as well, and the success Founding Circle had this year under her leadership saw her named AltFi’s CEO of the year for 2022.

Wander Rutgers, the former boss of Robinhood UK, joined Lightyear as chief operating officer this year. Rutgers was one of the stock trading fintech’s first angel investors and became an official advisor in January before taking on the role in May. Before joining Lightyear’s co-founders and fellow Wise alumni Martin Sokk and Mihkel Aamer, Rutgers led the Robinhood’s UK team, was product lead at Plum and held various roles across operations and product at Wise. 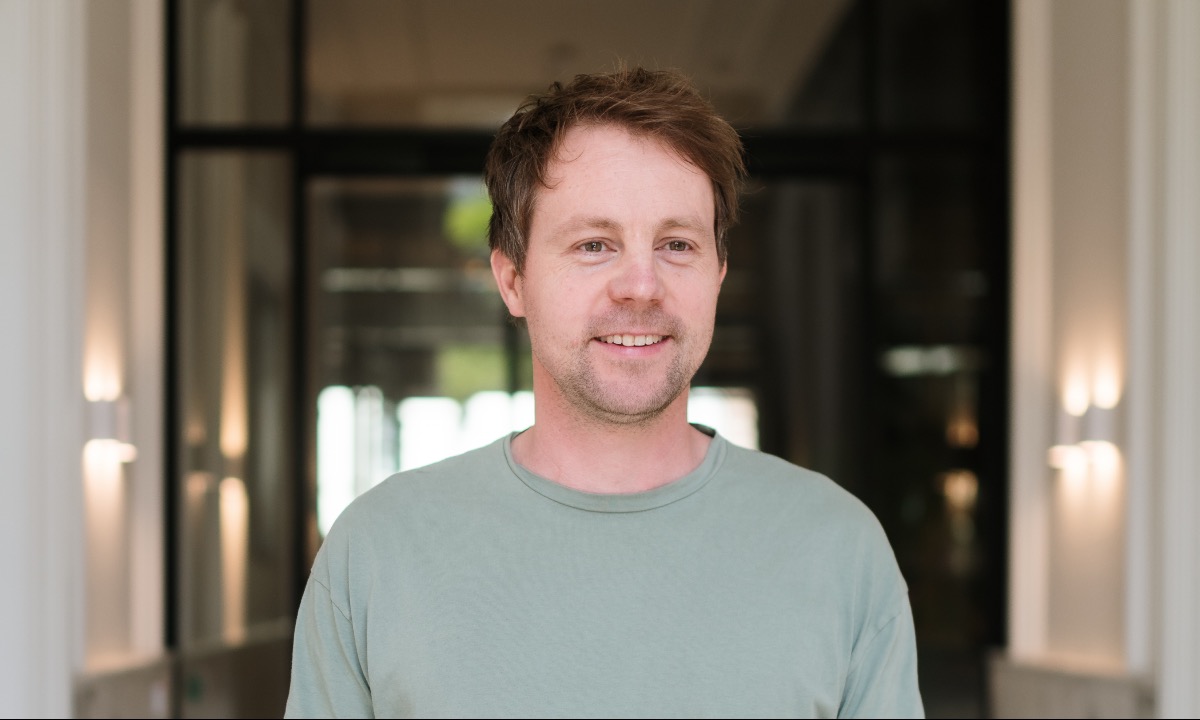 Mollie nabbed one of Europe’s most prominent chief technology officers this year when Koen Köppen joined from Klarna. Köppen spent more than a decade at the ‘buy now, pay later’ giant before heading over to the Dutch fintech in June. He became CTO back in 2017 and oversaw five years of incredible growth that saw it become Europe’s most valuable fintech for a time. Mollie will surely be hoping to see the same levels of growth with Köppen on board.

The Open Banking Implementation Entity (OBIE) got its first CEO this year as part of OBIE Chair and Trustee Charlotte Croswell’s aim to improve the governance and reputation of the organisation. Henk Van Hulle took on the role in February after many years at the Post Office alongside former Innovate Finance CEO Crosswell after former Trustee Imran Gulamhuseinwala resigned last year following findings he allowed “a culture of bullying and intimidation to prevail” in the organisation. Under his leadership the Chair and Trustee also held all the chief executive functions, but now the roles have been clearly differentiated. 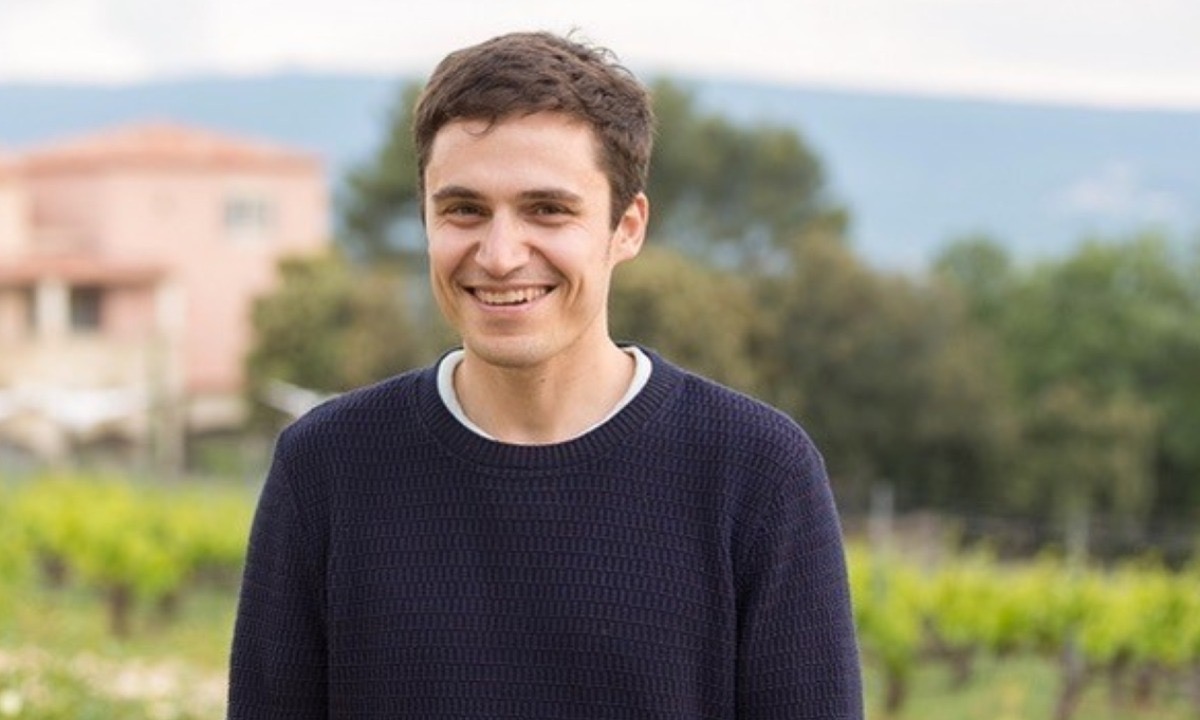 ComplyAdvantage’s founder Charles Delingpole stepped down as the company’s CEO in October, transitioning to the role of executive chairman. The fintech’s chief operating officer, Vatsa Narasimha, took over as CEO, enabling serial founder Delingpole a chance to step back and focus on the company’s strategic vision. The decision came towards the end of an incredible year for Delingpole, which saw him awarded AltFi’s award for Special Industry Contribution 2022 on account of the “contribution this founder and his company have played in improving the health of the broader financial industry, made more acutely important this year after the Russian invasion of Ukraine and the ensuing economic sanctions”.

Chief financial officer David Arden quit his job at Metro Bank back in February, just days before it was set to announce its preliminary financial results. He left in April, with deputy CFO Marc Jenkins filling in the role over the summer while the bank searched for a replacement. Jenkins has since joined the Bank of London as CFO, while James Hopkinson took over the role full time in September after nearly three years as CFO and executive director at ClearBank. It has been a rough 12 months for the bank, which was hit with fines over financial wrongdoing in December 2021 and again in December 2022 for misleading investors. 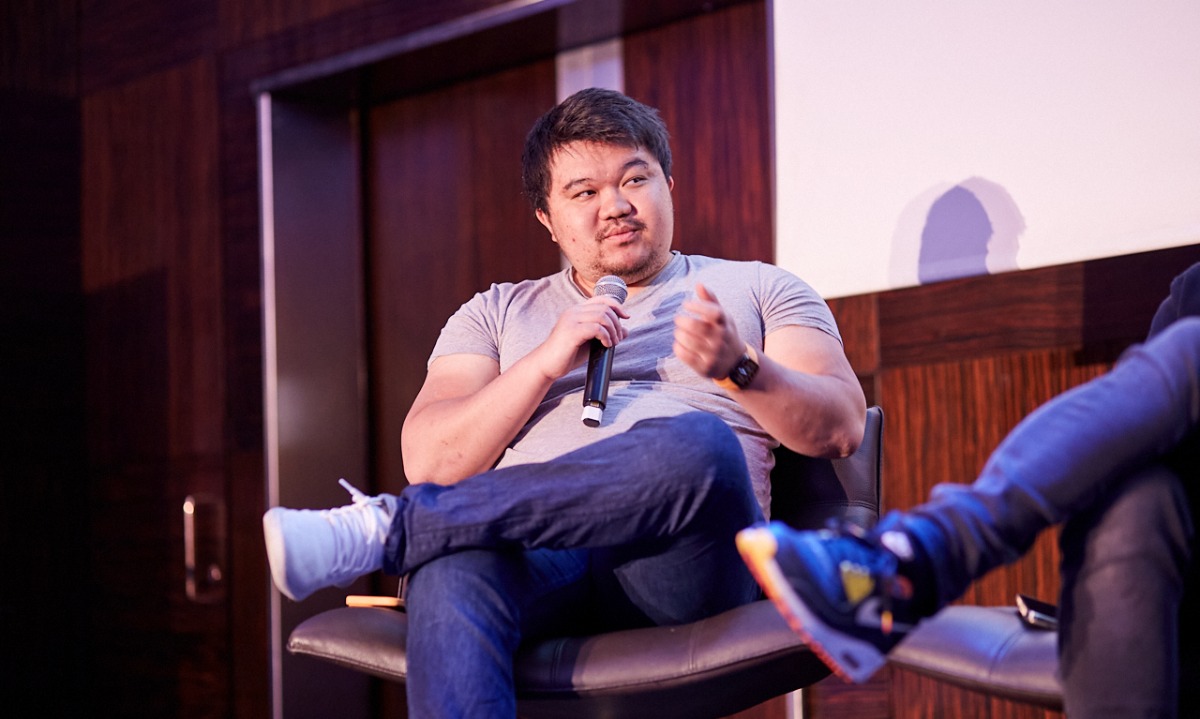 Revolut lost a few big names this year, but most notably one of its earliest employees and biggest cheerleaders, chief revenue officer Alan Chang left after seven years. Revoluter number five and seen as CEO Nikolay Storonsky’s right hand man, Chang left to start Tesseract Energy – which raised $78m in September – alongside fellow Revolut alum Charles Orr. He told AltFi he would not have left Revolut “for any other job in the world” and is hoping to revolutionise energy the way Revolut revolutionised payments. Revolut also lost Deirdre Halligan this year – the only woman on the executive leadership team – who is now COO of the Algorand Foundation.

Tide’s UK CEO Laurence Krieger left the company after five years with the SME banking provider. Krieger stepped down in February, saying at the time he would “continue to be fully engaged in the fintech space” and that he was “not going far”. Since then, he has begun mentoring at the Creative Destruction Lab, become a board advisor to Enfuce, a senior external advisor to Bain and is the interim CEO for a digital bank currently in stealth mode, according to his LinkedIn. 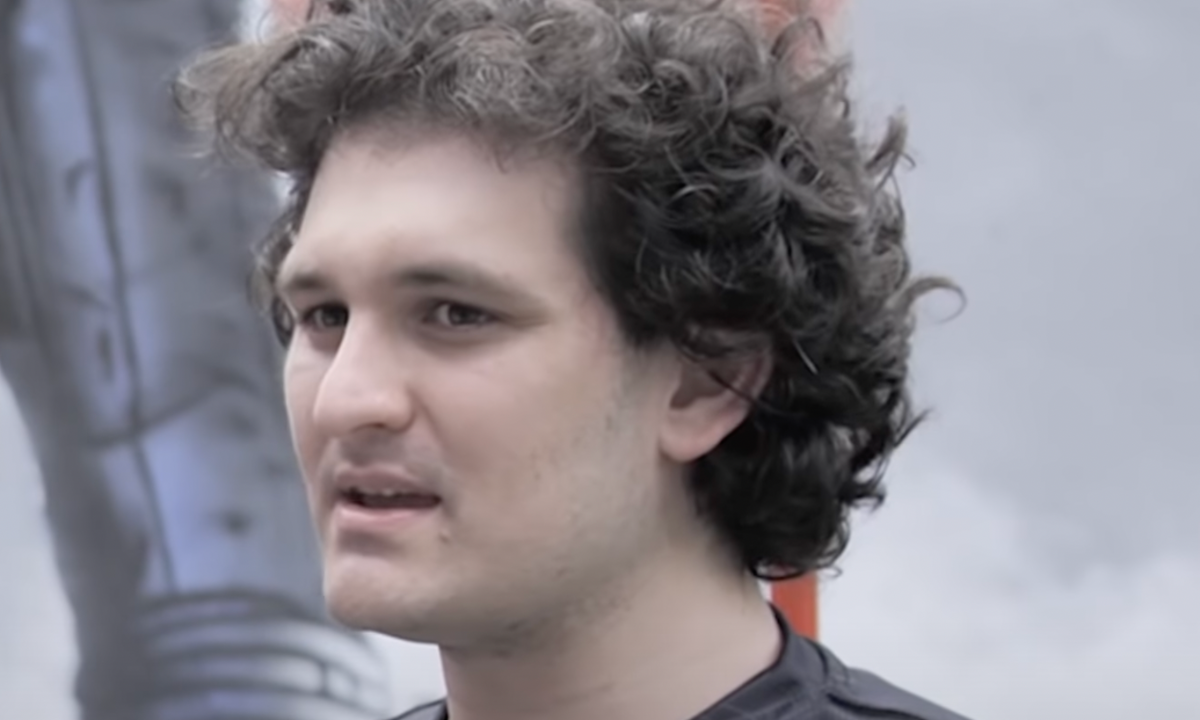 And last, but by no means least, we have the infamous Sam Bankman-Fried. It felt only fitting to end this list on a note as out there as the first – Bankman-Fried’s advisors even offered Musk up to $15bn to invest at Twitter at one point. It’s tough to summarise the tale of the disgraced FTX co-founder and CEO in a mere paragraph, but the former billionaire resigned after filing for bankruptcy when the company’s native cryptocurrency FTT collapsed. Formerly the forty-first richest man in America, Bankman-Fried is currently released on bond after being arrested – the most dramatic and sudden departure from fintech hands down.