The Challenger is a new weekly series where AltFi meets tomorrow’s digital leaders.

Oliver Prill is coming to the end of a frenetic nine months, and the energetic CEO of Tide shows little sign of slowing down.

Landing the top job at the business-focused digital bank last August certainly came with big shoes for Prill to fill after Tide’s founder George Bevis had left rather unexpectedly in March.

In his absence, it’s fair to say Prill hit the ground running.

And that’s before Tide sees the benefit of the £60m that it jointly won last month from the RBS Competition Fund along with ClearBank—cash which Prill tells AltFi will see the Tide go from No.5 to the No.2 challenger for business banking behind CYBG by Q3 2019.

Furthermore, Tide has pre-announced that it’s looking to raise a further £60m in two venture funding rounds over the next two years, some of which Prill revealed to AltFi is earmarked for international expansion with “three countries shortlisted.”

“But what makes Tide different today, is not so different to what it set out to do two years ago,” says Prill.

“Any time a business owner spends on banking and admin, they cannot spend on their business or their free time, their first two priorities, and so this is what Tide is all about.” 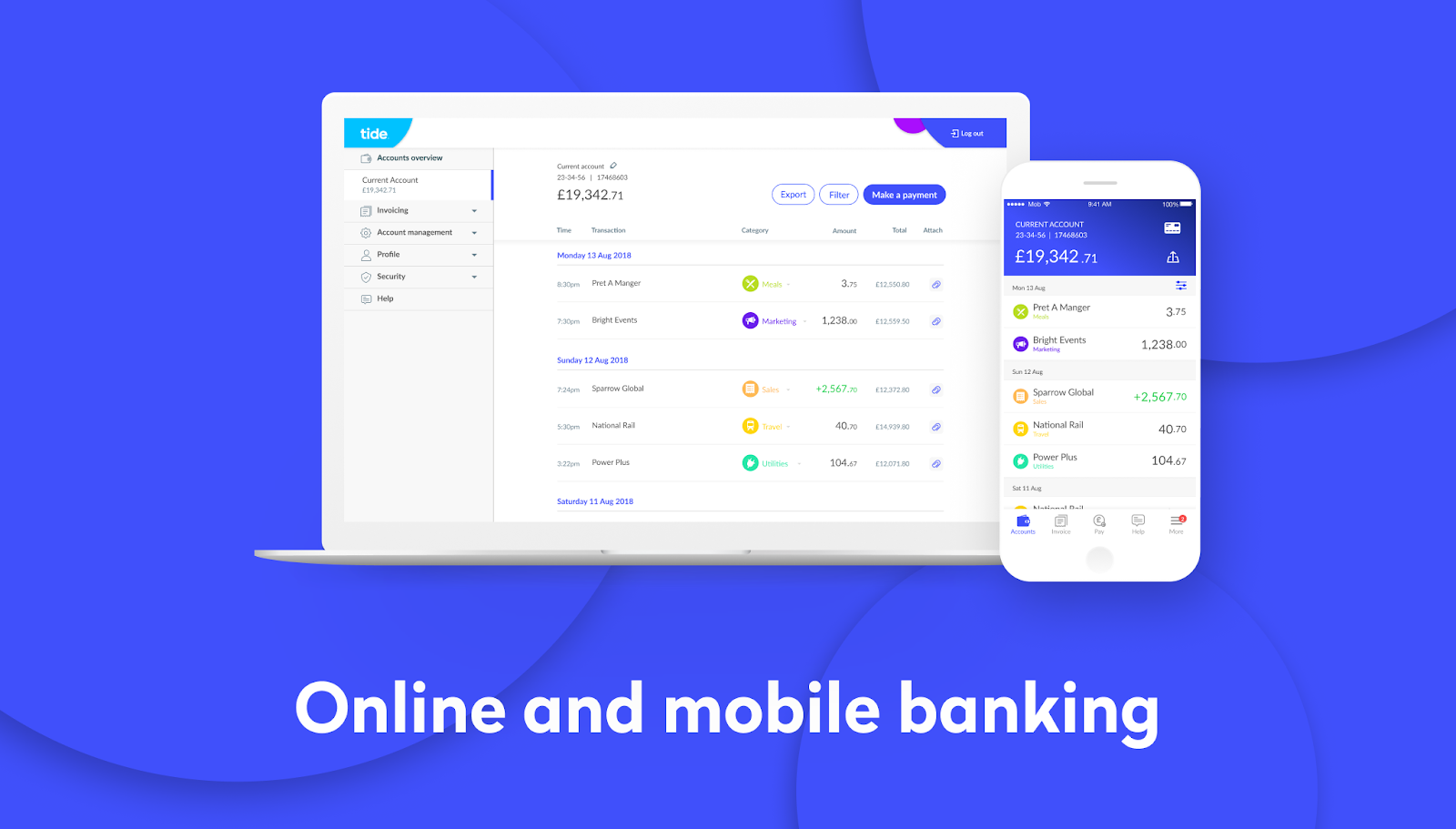 While Tide’s vision is growing larger by the day, Prill says the company today remains laser-focused on business banking. Think current accounts, plus invoicing and auto-tagging income and expenditure—tags which are passed into accounting software by Tide’s clever APIs to speed-up accounting.

Right now, unlike many high street business bank accounts which charge a fee, a Tide account is free, with only small fees for cash deposits and withdrawals or moving money between accounts. And, unlike many digital challenger business bank accounts like Starling and Coconut, Tide scales from sole traders and freelancers, up to multi-director businesses with dozens of staff and millions in revenue.

What about all the other admin required in running a complex business, like accounting and payroll? For now Tide is following a partnership model, whether with iwoca for business lending or with accounting platforms like Xero or Sage.

“We don't really believe in building technology where we can't differentiate ourselves,” he says. “For us it’s a wonderful fit [working with partners], because we're looking to enable these other propositions in the SME space.”

When pushed however, Prill does reveal that this partnership strategy has its limits, and Tide is in fact working on its own suite of accounting products.

“There's much more to be done in the payroll space,” he told AltFi. “It's something that we are very actively looking into and you will see movements in the next six to nine months in that space.”

On accounting Prill is less cryptic, revealing Tide’s plans to launch its own basic accounting software.

“There are especially at the smaller end, businesses that don't use any accounting software, and for them we will launch a set of what we call Tide Tools.”

One Tide Tool will be a very simple accounting package run via the Tide app, all “aimed at where you as an entrepreneur are doing everything yourself, all with the objective of saving the business owner time.” 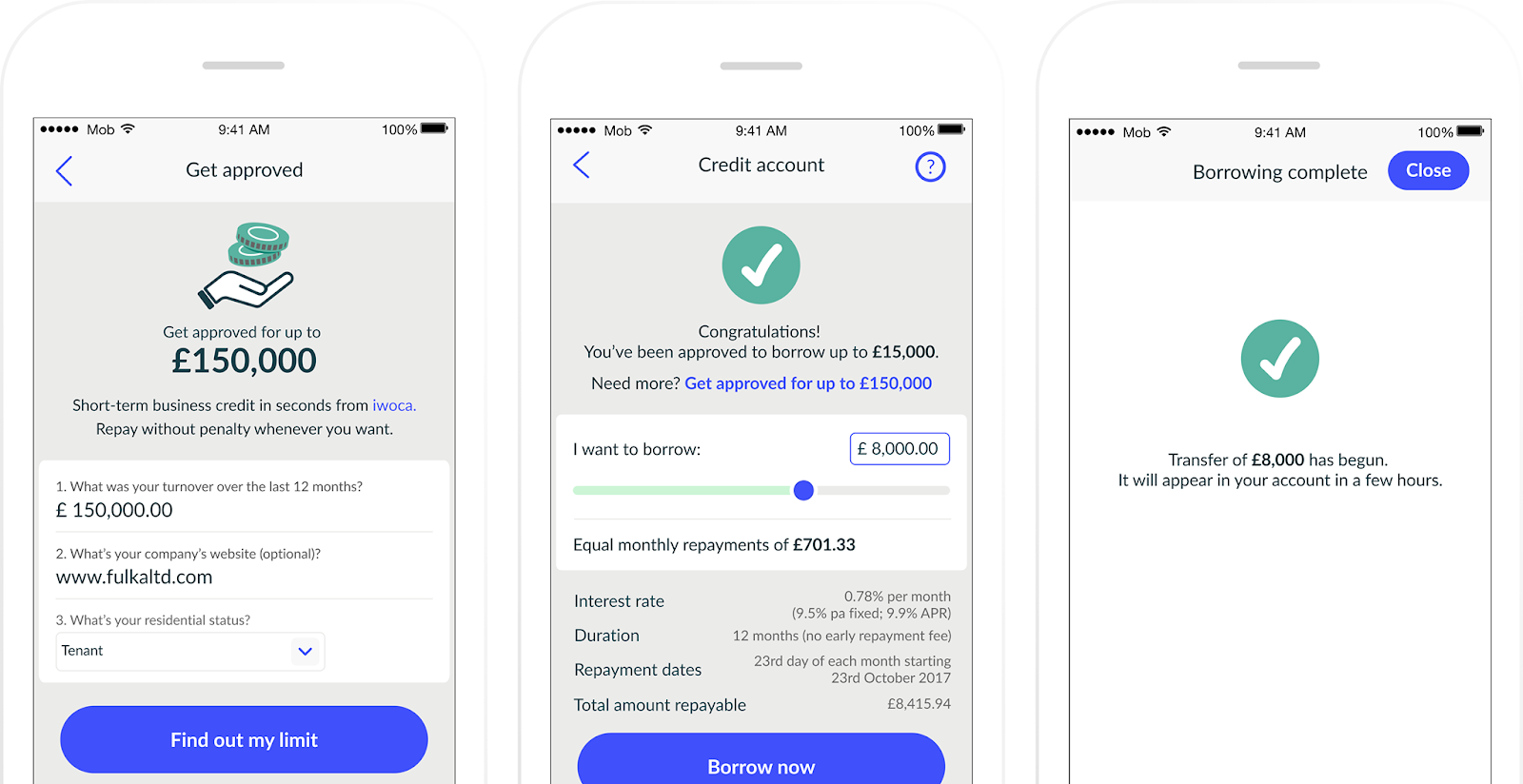 In order to save the UK’s millions of entrepreneurs time Tide will have to grow its current customer base substantially, encouraging tens of thousands of businesses to switch their accounts to Tide.

Luckily, as part of its bid for the £60m from RBS, Prill and his team put together a strategy to do just that, and have two features in the works which could overhaul switching bank accounts among businesses.

“The problem with the Current Account Switching Service (CASS) for business is that while 4% of all businesses switch accounts each year, of those just 10% use CASS,” he says.

“The reason in our view it doesn't work and hasn't seen big takeup is that it doesn't address some of the fundamental concerns businesses have with switching.”

Because most businesses only have a single bank account in order to keep all their money in one place, if they’re going to switch account business owners need to know that it’ll really be worth it.

“So we're working on a concept called ‘trial switching’ where through Open Banking you can operate your old bank account through the Tide app, see the two in parallel, and only formerly switch once you're happy.”

Another feature Tide is working on is called CASS Plus, which is essentially a digital document ledger to preserve the transaction history of a company’s old bank account.

“This is a big reason people are quite afraid to move, because their bank account is a document of record for the business, and will they lose that if they switch?”

Whether or not these features help Tide reach its 8% market share target and save millions of entrepreneurs time doing their banking admin, we’ll have to wait and see.

Today Prill undoubtedly has vast ambitions for the company and, with £60m from RBS and a further £60m in the pipeline, he might just have the resources to turn those ambitions into reality.