Just 18 months after launch, Finn is being wound down next month. News broke yesterday that JP Morgan Chase, the $350bn US banking goliath, has pulled the plug on its attempt to build a mobile-first bank.

The bank informed customers yesterday that Finn, which only launched in October 2017, will be shutting down on 10 August and customers switched over to its Chase banking arm.

“The Chase brand is already among the most popular banks for millennials, so we’re leaning in on that, rather than continuing to build a brand from scratch,” a spokesperson for the bank said in a statement.

According to Cornerstone Advisors, Finn had only garnered around 47,000 customers, versus US digital market leaders Ally and Chime with 1.75m and 1.57m customers respectively. 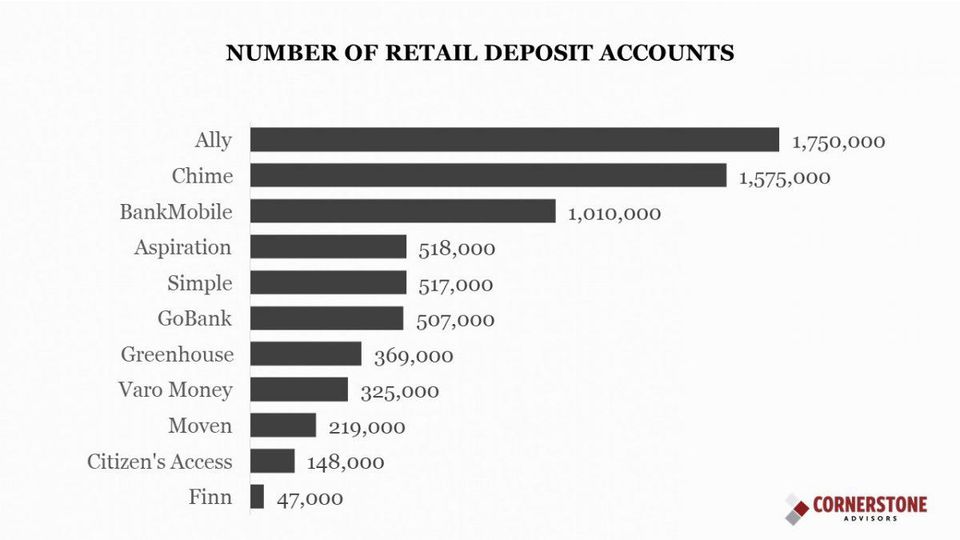 Estimate based on a Q2 2019 survey of 2,506 US consumers. Source: Cornerstone Advisors

Meanwhile, Goldman Sachs has seen huge success with its Marcus high-interest accounts and the upcoming partnership with Apple on Apple Card.

And this side of the pond Revolut, N26 and Monzo are all gearing up for an eventual US launch.

JP Morgan’s strategy going forward appears to be focusing on attracting younger customers to its Chase brand, which has 5,000+ branches and has incorporated many of Finn’s features into its own mobile app.

There was reportedly some confusion as Finn customers did have access to Chase’s branch network if they needed it, this wasn’t communicated well to customers.