We checked our finance apps over 1 trillion times last year. Names like Nubank, Tez, the Cash App, PayPay and Monzo stole the title of ‘breakout finance apps’ of 2019, after achieving hyper-growth last year.

The ranking, collated by App Annie, looked at year-on-year growth of Apple and Android app downloads and found that traditional banking players were ceding ground to these upstarts.

In the UK, Monzo, Starling Bank and Revolut were among the top five finance apps with the highest year-on-year growth, the only high street bank to make the list was Virgin Money with its credit card app that debuted in February 2019.

Overseas the picture was similar with Tez (Google Pay in India), the Cash App (Square’s mobile payments service in the US) and DANA (a mobile wallet in Indonesia), all outperforming local high street players.

While this isn’t necessarily surprising given the fact that many of the traditional players started with much larger user bases, it still indicates a trend towards alternative fintech players. 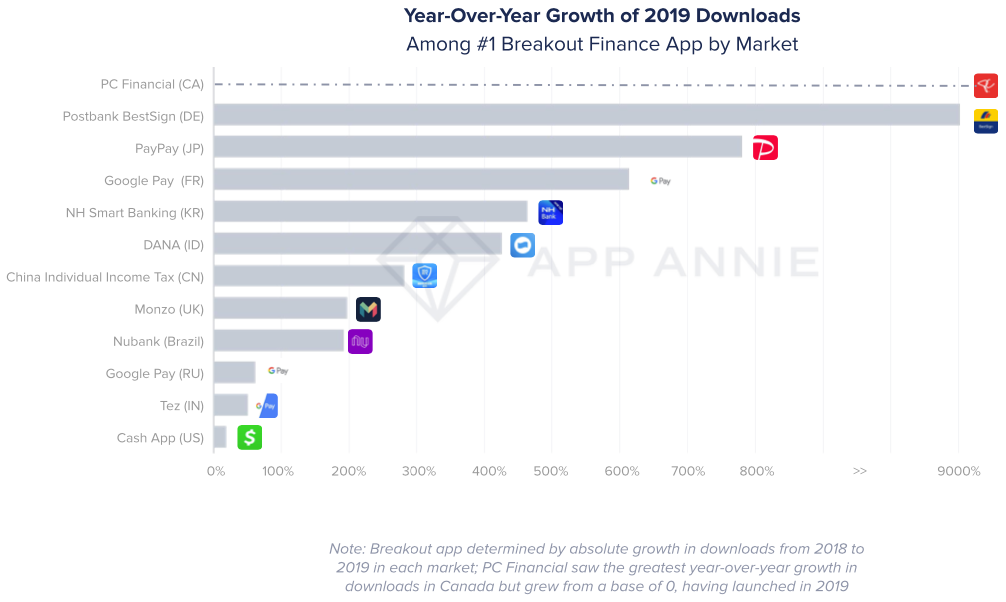 Overall our time spent using financial apps on our smartphones continues to soar globally, rising to an estimated 1 trillion sessions in 2019.

That figure, according to App Annie, is by far led by China which accounts for nearly half of the total, India clocks in at over 100bn sessions, and Brazil at over 50bn sessions. 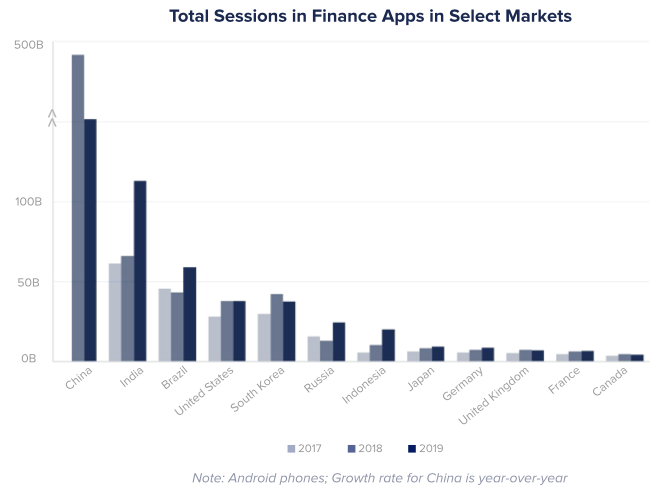 To put these figures in perspective, our usage of financial apps (measured by sessions) has doubled since 2017 when we collectively checked our financial apps 'just' 500bn times.

The stark growth in countries like India, China and Brazil also shows a model of how financial technology adoption will likely play out in markets like Canada and France where adoption has so far been more measured.

Finally, the figures in App Annie's report should serve as a warning for traditional banking providers, showing just how quickly the tide can turn when we're talking about financial services and seamless digital distribution.