By Oliver Smith on Wednesday 8 April 2020

Leaps and bounds better than before. Woke 👌 App and service have both improved massively over the last 12 months. App and card design are solid, with some nice novel features (Privacy Mode!).

Monese has come a long way since our first review in June 2019, with many of our earlier gripes now fixed. Its playful design has been refined, while novel new features like Privacy Mode have been added. Last year we knocked Monese for charging expensive fees for just about everything, in 2020 that has (mostly) stopped. Today Monese is a real contender. 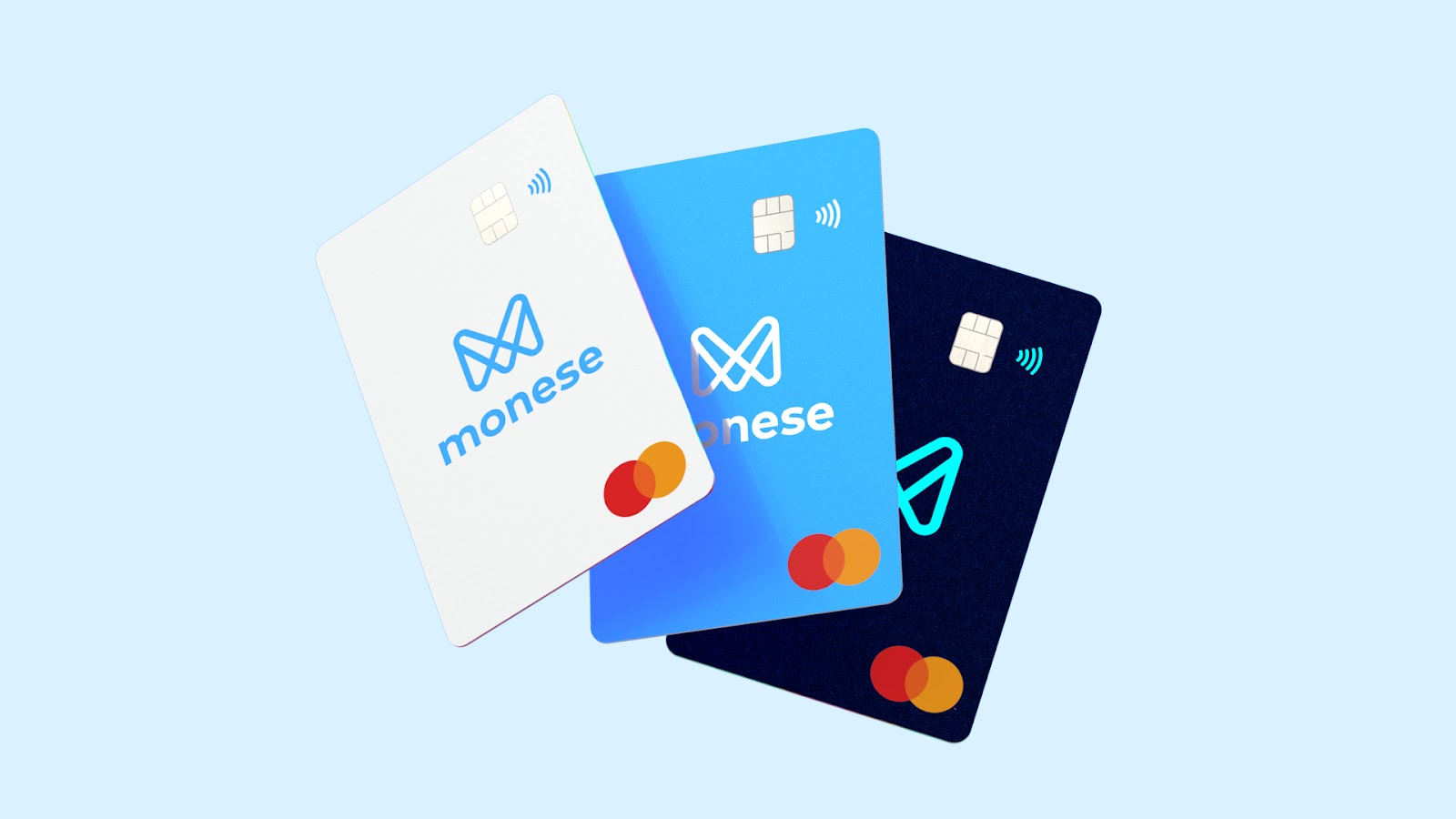 Monese has really started pushing the boat out when it comes to first impressions—a marked change from what we said nearly 12 months ago.

Following a card redesign in July 2019, Monese’s debit cards have an attractive portrait design inspired (by Starling?) by the way we hold our cards to pay with contactless.

The holographic edging on Monese’s paid-for Simple and Premium cards is particularly nice.

Monese’s card arrives nicely packaged complete with paper referral codes to hand out to all your friends and stickers for your laptop.

In an age of brightly coloured cards with unboxing experiences that rival that of the new iPhone, Monese is certainly a contender.

Monese has an incredibly playful interface.

It’s genuinely fun to pull and poke to see what will happen to Monese’s app.

And, while the cast of coloured blob characters that used to inhabit its app have now disappeared, the app is no-less enjoyable to use.

Over the last 12 months Monese has massively improved its feature-set, including the addition of location data (which was missing in our last review) and the complete overhaul of savings pots (more on that later).

While one-tap bill splitting is still MIA and requesting payments from a friend still involves texting a sort code and account number rather than having an online portal—their absence is lessened by an overall improvement in Monese’s offering.

Most importantly, last year Monese appeared determined to charge you for just about everything and, oh what difference a year makes...

In July 2019 Monese overhauled its pricing structure, introducing an allowance for customers to make ATM withdrawals and spend abroad without having to pay extra.

For Simple customers on Monese’s free tier, up to £200/month can now be withdrawn from an ATM and £2,000/month can be spent overseas (although cash deposits at the Post Office/PayPoint are still charged at 2% and 3.5% respectively).

For those willing to stump up £5.95/month for Monese’s Classic tier, those allowances grow to £900/£9,000 and the cash deposit fees are removed.

Clearly this is a huge improvement from when we last looked at Monese’s offering in 2019, however, compared to most other high street banks (let alone digital banks) this still seems a bit tight.

In particular the fact that Monese continues to charge a £4.95 “delivery charge” for posting its free customer’s debit cards leaves an especially bad taste in the mouth.

It’s not often that a single feature is worthy of a whole section in a review, but Privacy Mode is such a feature.

Found in the settings sidebar or activated with a shake of your smartphone, Privacy Mode instantly hides all the numbers from your Monese app.

Pro tip: You can even launch Monese straight into Privacy Mode by long-pressing the app on your homescreen.

Details of the merchants, dates and times of transactions are still listed, but the amounts are not.

As someone who loves showing off cool fintech apps to their family, but feels a bit squeamish at the prospect of them seeing how much I spend in Pret, Privacy Mode is a gamechanger.

I’m convinced that Monese is keenly aware of this very (British) behaviour, and it’s stunning that neither Monzo, Starling or Revolut have copied this novel feature. 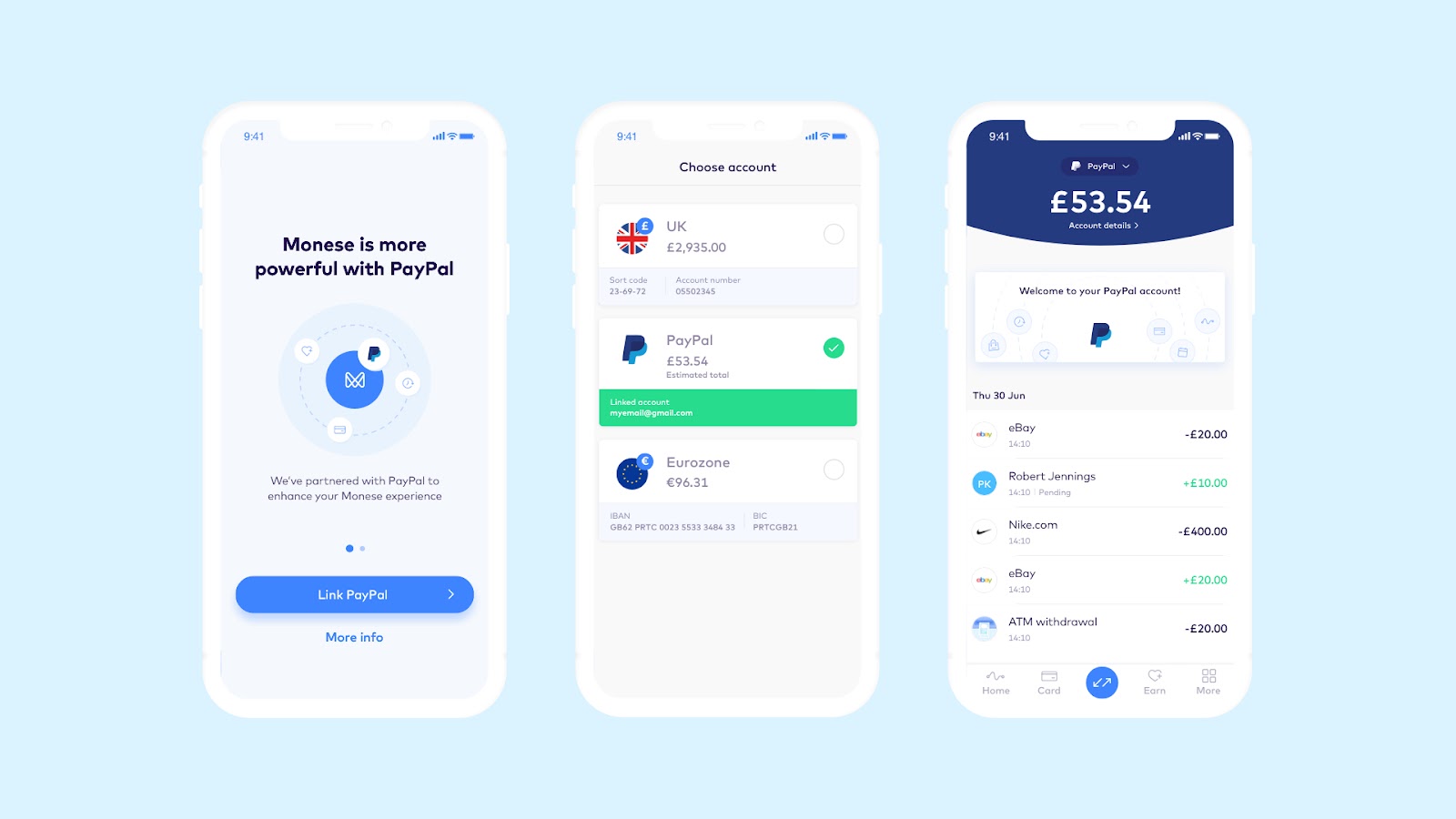 There is one clear segment of customers for which Monese sits far ahead of the competition, frequent fliers.

Last year the group announced an exclusive integration with the loyalty points scheme used by airlines including British Airways.

Today that integration has expanded to include Avios bonuses when spending in certain stores and Monese referral bonuses paid in Avios.

If you’re not a points-junkie, most of this will seem largely ‘pointless’, however for frequent fliers who are into that Avios-life, this could be priceless.

A similar PayPal integration was added to Monese last year that lets you see and manage your PayPal account from inside the Monese app.

So there you have it!

(Monese had also promised a feature to let you send Avios to other Monese customers last year, however this has yet to appear.)

Monese doesn’t have a banking licence, so as a prepaid card it can’t offer overdrafts or loans.

Monese has a £2,000 free spending limit at the MasterCard exchange rate for when you pay by card abroad.

In order to increase your allowance without incurring a 2% fee, you’ll have to sign up for Monese’s £5.95 Classic tier (with a £9,000 allowance) or its £14.95/month Premium tier which has an unlimited spending allowance.

All the digital banking players now have the same basic £200 limit on overseas ATM withdrawals, apart from Starling Bank which currently has no limit.

Monese’s so-called ‘Monese Hub’ marketplace has not improved over the last 12 months.

Last time when we took a look the Hub was a collection of referral links to insurers, mobile networks and dodgy looking retailers, ugh!

Then today, in the hours before this review was published, the Hub… vanished entirely.

And maybe that’s not such a bad thing.

Pots are a non-interest bearing ‘pot’ of money, similar to that of Monzo, that can be set up quickly to save towards a goal.

Like its rivals, you can ‘round-up’ your Monese spending to the nearest pound, and choose to put the extra change in a pot, or set up a recurring payment for example if you want to put money away on a certain day of the month.

The second format of saving with Monese comes from its interest-bearing savings account provided by Raisin.

To open one of these you do have to agree to Raisin’s terms and conditions and once you’ve done so you’ll be referred to Raisin’s website to actually choose the savings account you’ll be putting your cash in.

Luckily Raisin is a veritable powerhouse of European savings accounts, with a plethora of flexible and fixed-term savers at a host of competitive rates.

It’s just a shame that all this happens outside of Monese’s lovely app.

Monese’s in-app chat is open 8am to 5pm Mon-Sun.

While Monese cautions that its customer service “typically replies in a day”, I was delighted to get a reply from “Peter” within 90 minutes.

> Monese’s app signed me out a few times, but it wasn’t as bad as last year.

> Savings are listed under the prominent ‘Explore’ tab in the Monese app. Given Savings is currently the only option in Explore, this seems like a huge waste of space.

> We knocked Monese for charging £4.95 to post out your debit card, however the fintech appears to be steering people towards using a ‘Virtual Card’ instead. This card can be used to buy stuff online or to pay in-store with Apple Pay.

> Joint accounts are available, but you’ll have to pay £4.95 *each* if you’d both like a physical joint account card. Seriously.

> Monese has partnerships with Post Office and PayPoint, but charges 2% or a £2 minimum for deposits or withdrawals.

> As Monese has no banking licence, you can’t switch to Monese and it doesn’t offer standing orders.

> You can set up Direct Debits. 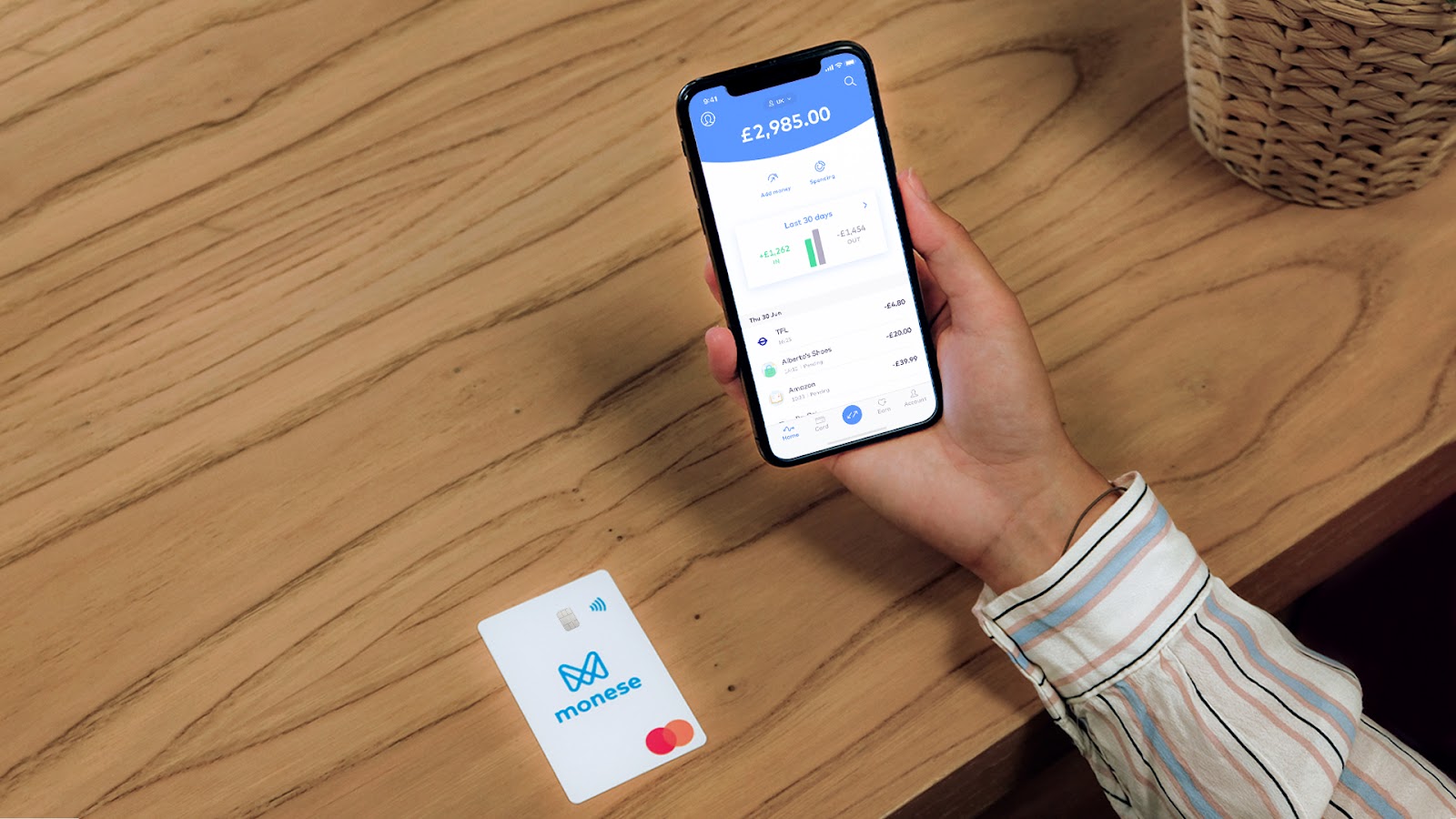 In 2019 Monese was full of promise, but lacking in delivery—we described the end result as “mediocre at best”.

I’m pleased to say that in 2020 Monese is following through on its promise, with unique features, a refined app and card design, and solid foundations for a banking app.

On the less positive side, Monese’s misguided money making efforts of last year can still be found in some corners of the app—we’re looking at you, £4.95 “delivery charge”.

Monese isn’t best-in-class, yet. But the fact that I’m even writing “Monese” and “best-in-class” in the same sentence is a huge achievement for the fintech.

Today Monese is a real contender.