Not terrible, all things considered. Venture capital funding for UK fintechs in 2020 fell off a cliff, unsurprisingly, yet the overall decline was only around $1.5bn in actual capital raised.

Last year around $4.5bn worth of VC cash went into supporting the UK fintech sector, according to data in Tech Nation’s Annual Report.

Despite the funding successes, the overall amount raised by UK fintechs fell by 23 per cent compared to the nearly $6bn that was raised in 2019.

As we’ve detailed before, much of the decline is attributed to the March-May period where most investors took a wait-and-see approach while also adapting to the new normal of conducting deals remotely.

Tech Nation attributes part of the decline to later-stage fintechs, especially alternative lenders, shifting their investment base towards debt financing as opposed to equity raising—examples include Iwoca (£100m and €100m) and MarketFinance (£50m).

“This year has highlighted the UK tech sector’s enormous resilience and world-beating innovative spirit. In the face of a major global crisis, it has not only survived; in many areas, it has boomed,” said Tech Nation CEO Gerard Grech. 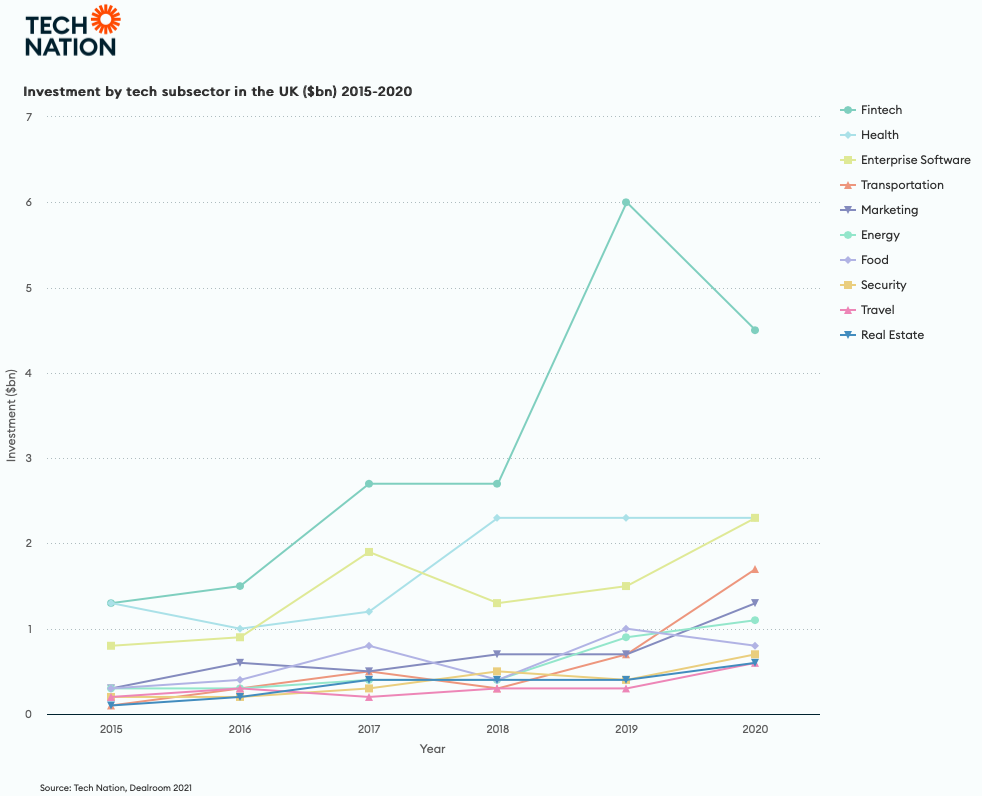 Despite the obvious decline in 2020 funding, fintech remains the UK’s most well-funded tech sector, accounting for over 30 per cent of the $14.9bn in total UK VC investment.

“The UK is maintaining its lead as one of the world’s premier centres for tech of all kinds,” said Prime Minister Boris Johnson on the launch of Tech Nation’s report.

“While the real credit lies, as ever, with the engineers and designers toiling away at laptops across the country, I’m immensely proud to lead a government that is so comprehensively committed to supporting the sector.”

“We’re continuing to invest in your success, and I hope that the winning combination of UK tech and this government will lead us to yet another record-breaking year in 2021.”