By Oliver Smith on Tuesday 3 August 2021

Does the Hot Coral bank have a red hot business model? Not this year. Digital bank Monzo on Friday published its 2021 Annual Report and, as usual, it’s a beautiful document to behold. 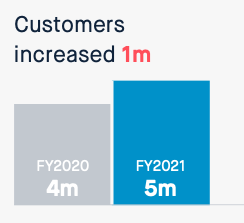 It’s awe-inspiring to see Monzo continuing to grow so strongly in just its single home market (more on the US later).

CEO TS Anil opens the report by saying, “Organic growth continues to be one of our strengths”, and he’s not wrong.

Monzo’s brand is truly world-class, and Anil gives several nods here to the bank’s co-founder and former CEO “Tom Blomfield who, with the founding team, created Monzo’s magic both in terms of customer experience and company culture.”

But growth, sadly, isn’t everything.

2. Subscriptions have yet to make a dent

In the period covered by the 2021 report, Monzo made a considerable push to diversify its income under the leadership of new CEO TS Anil.

Subscription products like Monzo Plus and Monzo Premium were launched to help complement the bank’s existing lending income (more on that shortly) and interchange fees from card payments.

So how did this go? Well, it’s clear subscriptions are far from a slam dunk, and may never be.

The bank says over 210,000 Monzo Business, Monzo Plus and Monzo Premium subscribers joined in the last year, generated £5m of income in 2021.

However running these subscriptions isn’t free, meaning costs increased and net income for the ‘banking services’ division as a whole (of which subscriptions are a good chunk) was just £2.1m.

With group losses increasing to £129.7m, subscriptions aren’t turning out to be the panacea to Monzo’s woes.

3. Lending income is down?! 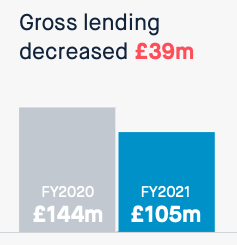 And here’s where things get strange because, unlike Starling, Monzo lent nearly £40m less in 2021 than the previous year.

The bank’s lending fell from £143m to £104m, which resulted in interest income from lending falling from £25m to £23.9m, while costs relating to that lending nearly tripled to £1.5m.

Monzo explains that it put the brakes on lending during the start of the Covid pandemic, and has been cautious in keeping its lending profitable at lower rates.

Given Anil says interest revenue from lending is one of the bank’s three key revenue drivers... hopefully 2022 will see these numbers increase significantly.

4. Monzo pays the same as Starling, but has far more staff

Despite some restructuring at the start of Covid, Monzo’s headcount continues to rise, averaging 1,332 across the last year.

During the period it paid £103.8m for the salaries, pension contributions and share-based payments for those employees, up from £77.4m the previous year.

You might be wondering though, are Monzo salaries in line with its peers? And the answer seems to be “yes”.

Some crude maths implies an average salary of £77,900 which, when you compare that to Starling Bank’s average employees of 981 during the same period and staff costs of £76.6m, compares well to the rival bank’s £78,000 average salary.

So if you’re deciding which digital bank to work at, salary probably isn’t a key factor. 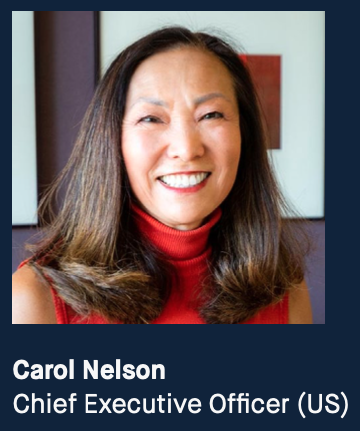 With an American CEO at the help, one might expect Monzo to be pushing ahead with its US expansion, however, that doesn’t seem to be the case at least from these results.

During the year Monzo had an average of just 22 full-time employees in the US and just 4,000 customers, with the market contributing £27k in revenue and £543,000 in losses for the year.

The bank says its full national banking charter is still being considered by the US regulator, and in the meantime, it continues to operate its prepaid debit card for a small number of customers.

Maybe with new US CEO Carol Nelson in position, Monzo can finally start turning its American dream into reality.

The question that continues to plague Monzo, and that this year’s annual report doesn’t get any closer to answering, is what the bank’s business model will be.

This is the one thing that we didn’t learn from the bank’s 2021 annual report.

We’d hoped that subscriptions would be the answer, but Monzo’s current offering clearly isn’t attractive enough with just 4.2 per cent of its customers signing up (and who knows what the attrition rate will be once those 3-6 month minimum terms run out).

Lending meanwhile dipped due to Covid, making it hard to know whether the bank’s 5m customers will ever see Monzo as their lender of choice.

In fact, interchange fees were the hidden gem of the bank’s revenue, pulling in just shy of £40m while associated costs actually fell from £3.1m to £2.4m, further increasing the line item’s profitability.

CEO TS Anil says Monzo will become profitable in 2022 and, for all the effort put into subscription products, savings partnerships, utility switching, lending, US expansion and more, it’s likely that net interchange fees will still be what pushes the business into the black.