By Amelia Isaacs on Wednesday 12 October 2022

CEO Ali Niknam spoke to AltFi about how the latest version of the app will help users budget more effectively, immediately and in real time. As inflation hits record levels across Europe, huge swaths of young people have changed their daily spending and banking habits to adjust to new conditions.

In the current cost-of-living crisis, 94 per cent of millennials in the Netherlands, Germany and France said they have been affected, with 40 per cent cutting their expenses and 38 per cent putting off larger purchases to a later date as a result.

As a self-described ‘user-centric company’, Bunq is launching the latest generation of its app in reaction to feedback from its users that their financial decisions are changing because of the current environment.

“All this stuff is going to hit the real economy in the next couple of months,” Bunq CEO Ali Niknam told AltFi.

According to the bank’s research, two thirds of users said they see their long-term plans, such as starting a family or moving house, being affected by the current inflation rates.

“Can you imagine that? Saying ‘Oh, no, let's not move in together, times are not right currently’,” Niknam asked.

“So yeah, we're not talking about one or two or 10 per cent. It's affecting everyone.”

Bunq, which is the second largest neobank in Europe, revealed the new changes – the fourth large-scale update to the app – in Amsterdam, and includes new features around budgeting, group expenses and green spending.

Budgeting in a crisis

The key new feature that should help users right now, is an extension of their budgeting features.

Users could already set up dedicated sub-accounts and they will now be able to budget from them automatically.

That means that with each transaction a user makes, the money will automatically and in real-time at the point of sale, be taken from dedicated sub-accounts set aside for different purposes.

“Budgeting has always been a big thing at bunq, so we have the sub accounts where you could create kitty pots effectively for different things,” Niknam said.

“And we could see in the statistics that that was a functionality that many people enjoyed using. It's not something you can get at any other bank.”

Niknam explained that with Bunq’s payment sorter, budgeting is “zero effort”, removing the downsides, like the effort of planning and the “strain on your brain”, and leaving only the upsides.

In the expansion of that with “Auto Select” tool, when you use your card to make a payment, it will select automatically which sub-account to deduct from.

“That sounds pretty magical, right? It’s the benefit of us being in control of our entire tech stack – we can create unique features like this,” Niknam said.

With just a four second decision making window on every transaction, the feature has been about 18 months in the making to ensure that this is “true budgeting” and not just accounting after the fact. 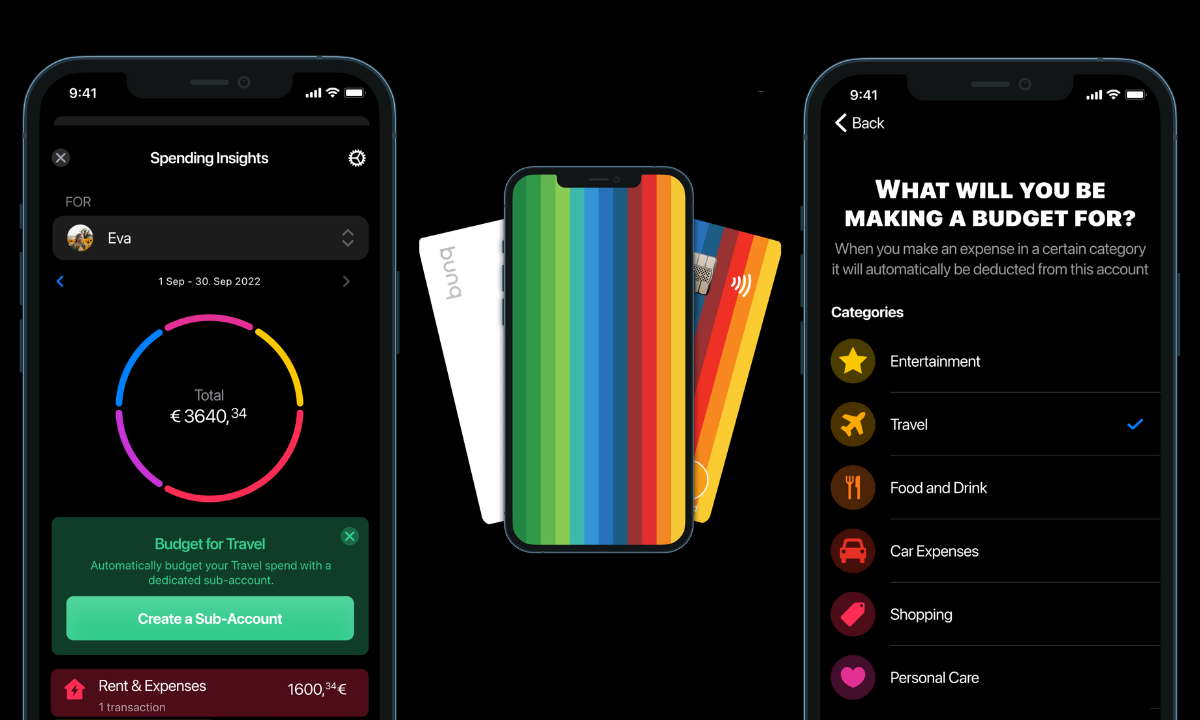 Niknam likened the new feature to budgeting with just the physical amount of cash you have to hand.

“We have recreated that feeling in your bank experience.”

Bunq is, in many ways, trying to bring back the tangibility of money to the online experience – an interesting juxtaposition to the usual emphasis on creating a frictionless experience.

“I think one of the things that we've noticed is that the digital world – digital bank accounts, cards, phones – has made things so simple that the grasp or the sense of dealing with money is gone to many people,” Niknam said.

“In the old days, you would have a wallet, and it would have a number of notes in it, and you could literally see how much you had to spend.

“And that feeling simply isn't there. If you just get a digit on the screen, you don't sense it as much.”

So ever since the first version of Bunq, the bank has been trying, Niknam said, to recreate that sense of dealing with and handling money, to help its users stay financially healthy.

The bank is also trying to encourage even more eco-friendly behaviour in this latest iteration.

New features such as activities reward users with trees – for every tenth place recommendation they make to their friends, Bunq will plant a tree.

There is also a new “Green Tab” centring all the features that the app has to help users become carbon-free.

The new tab not only allows people to offset their own carbon footprint, but also somebody else’s.

“This is our way of trying to help our users at least contribute a bit to this climate catastrophe that we're dealing with,” Niknam said.

“It's easy to forget, because it seems like we're always dealing with short-term issues like Covid, or now with this crisis, but the underlying, long-term issue of climate is a really dangerous one, because that's not something we can fix in a year's time.”